Evoking the Sacred on Winter Solstice 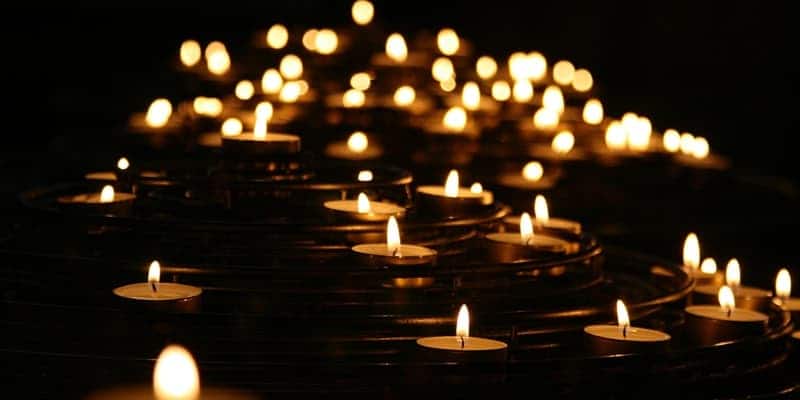 This Winter Solstice we have the opportunity to reflect on our experience, celebrate our resilience and honor how we’ve faced the challenges of 2020; the pandemic, fight for racial justice and the divisive 2020 Election. These events, whatever political side we may fall on, unite us together as human beings. This last year has offered us a plethora of shared experiences with everyone in the entire world. For me, it appears that the world has shrunk even more so through technology and shared global concerns.  If we are paying attention, we cannot deny that we are affected by and have an influence on the greater whole.

On December 21, 2020, this Winter Solstice we could begin by contemplating our planetary inter-connectedness. Let's start with what unites us, what we share and what we have in common versus what divides us. This coming Solstice could be, at the very least, a celebration of passing through one of a most difficult years we’ve collectively lived through together - if that is true for you. I know that personal tragedies serve to mark our life and that other years may have been far more challenging than 2020 … another reason why contemplative reflection is a worthy activity at the end of the year.

Celebrations of Hope During Darkness

The Winter Solstice has been an important holiday cross-culturally for human beings over eons.

There's an innate need to bring light and insight into the darkest time of year, to turn the page, to move forward, to bring cheerfulness into the darkness. We are compelled to mark this annual transition from dark to light as humans.

When we ritually mark and celebrate the Winter Solstice - we connect to what is ancient in us as human beings. There was an ancient Roman celebration called Saturnalia, a solstice celebration dedicated to the planet Saturn, the god of agriculture and time. The Chinese celebrate Dong Zhi (which means “winter arrives”) and the holiday welcomes the return of longer days and the corresponding increase in positive energy in the year to come. Scandinavians and Italians honor Saint Lucia, one of the earliest Christian martyrs, who was a symbol of light. Lucia and her feast day blended naturally with ancient Solstice traditions such as lighting fires to scare away spirits during the longest, darkest night of the year. Iranians worldwide gather to celebrate the triumph of Mithra, the Sun God, over darkness in an ancient festival called Shab-e Yalda (which means “Night of Birth”). In the Southern Hemisphere, like in Peru, the winter solstice is celebrated in June. The Inti Raymi (Quechua for “sun festival”), which takes place on the June solstice, is dedicated to honoring Inti, the sun god.

In North America, indigenous people who occupied northern Arizona, southern Colorado and northern New Mexico; the Hopi Indians, were believed to be among the descendants of the Anasazi people who inhabited the first World Heritage site of Mesa Verds, in Colorado. There were no written records from the Anasazi of Solstice rituals, but anthropologists construct the importance of their Winter Solstice rites, due to the placement of stones in sun dialed structures of their ruins. They took a strong interest in the sun’s movement, and like us, they lived and died by the sun. The Hopi Solstice celebration is called Soyal, when the Sun Chief takes on duties of their office and announces the setting of the sun on the solstice. They hold an all-night ceremony which includes dancing around fires and gift giving.

Solstice rituals are cross-culturally known to human beings the world over. One could say they abide in our DNA as a species, consciously or unconsciously this impulse to mark transition is active. Humans all over the world ritually mark the Winter Solstice in communal celebration, ritually marking the Solstice as a shared-planetary transition is a way to bring awareness and energy to our interconnectedness and renewed beginnings.

In Karuna training we explore how rituals help us acknowledge important transitions in life. Through ritual we learn to commune directly and energetically with elemental energies, and the seasonal display of a greater wisdom in the world. Conscious rituals are an important aspect to human psychological health and sanity.  Ritual here does not necessarily mean following an official rite or a religious ceremony, we find out there are all kinds of rituals. When speaking of ‘sacred ritual, we acknowledge the freedom to create and amalgamate whatever we care to incorporate, as humans have done for eons, in creating a meaningful ritual for oneself.

If we don’t consciously create sacred rituals, then we unconsciously enact them usually through self-destructive, or unsatisfying behaviors.

In Contemplative Psychology, we understand that our most destructive addictive behaviors arise out of an aspiration toward the sacred. Sacred here refers to evoking an experience of the world and its wisdom -- which is greater than us but not separate from us. We are all seeking connection with that which feels bigger than we are. We forever aspire to belong to someone, something, and/or the World. Even if we’re one who has renounced belonging and lives in solitude- we’re in reaction or we’ve evolved away from our need to belong.

Evoking the sacred means learning to enact conscious rituals, or create contained experiences that bring forward a sense of belonging to the greater whole. We can learn to mark significant transitions in the year with meaningful rituals that we ourselves amalgamate out of our personal history and current values. Creating rituals or combining those familiar to us and those we love is an opportunity to evoke the sacred - to make the holiday season meaningful and personal, in order to feel they belong to us and we to them.

Through enacting sacred rituals we bring aspiration and intention to the Winter Solstice. When the sun is far away we can supplicate the light to return, metaphorically, ‘What shadow areas do we wish to shine light in our lives?’ It is courageous to invite light, which in Buddhism is synonymous with insight. We are bringing insight to the shadow time of year, a shared collective turning point on both Northern and Southern poles of the globe.

Noticing Attachment to our Cultural Rituals

It is helpful to reflect on our attachment to cultural holiday rituals that we’ve grown up with in order to discern our attachment to our own traditions. This is most illuminating when living outside of one’s own culture on important holidays. I lived in Slovenia for four years in the late 90’s, shortly after Slovenia liberated from Yugoslavia.

For Slovenes, the Solstice and in particular Christmas are considerably downplayed compared to American culture, at least this was true 20 years ago. I'm sure it's changed considerably. On December 5th, the Slavic version of Saint Nicholas hands out candy and fruit to children in cities and villages. This Santa Claus is a much drier version than that of the Santa Clause I grew up with of Coca Cola’s fame. The Slavic Saint Nicholas is an ancient bearded fellow in a white duster coat with fur-lined sleeves and boots. This figure is a cast back to the Siberian shamanic reindeer travelers combined with the Christian Saint Nicholas of 270 CE,  a cultural amalgamation so common to modern day holidays.

As an American, conditioned by consumer-driven Christmas, I was shocked that Saint Nicholas was so stingy. That was my first Christmas in Slovenia, by the second Christmas I was prepared and ventured out to evoke an American-style Christmas and proceeded to impose a celebration on my Slavic family. They were suspicious glancing at one another silently on Christmas eve when I bestowed small token gifts on each of them. I projected that they were thinking I wasted money enough on gifts while traveling, why this?

Then, at the end of the evening, I served them pumpkin pie... a major feat as it was not easy to find a can of condensed milk in the late 90’s in Slovenia. My Slovene relatives considered pumpkin to be pig food and not consumable by humans. But my pumpkin pie made a huge impression on them, and they were very impressed, you would have thought I invented the moon.

My holidays in Slovenia revealed my serious attachment to Christmas, not because of any Christian faith per se, I'm a Buddhist 40-years, nevertheless, holiday attachments to traditions are real, and often unconscious.

Through reflection I’ve come to see this attachment is much more about bringing back the light and color to the darkest time of year. I love the warmth and generosity of gift giving and it's something to look forward to annually. All these traditions are very important to me, more than I realized.

I must also own that I’m programmed to spend money in December, and often feel poverty struck unless I do so. I’m not proud of this consumer element of my holiday attachment, yet I recognize and befriend the conditioning in me. I know where it comes from and work with it consciously now. I decorate with traditional Christmas offerings, yet I bring my own meaning to the holidays. I also have a Jewish partner who brings his attachments, so we’re working it out together, with thought and reflection.

I have a strong need to celebrate the holidays and mark the Winter Solstice transition with light and ritual, which I stretch from December 21 - through January 7th. I have come to realize that I’m seeking to evoke the sacred as a conscious celebratory transition from dark to light.

On this Solstice, December 21, 2020, please join our Karuna live and reflect on your cultural relationship with the Solstice. We will explore, which, if any, rituals will evoke the sacred for you this Winter Solstice.

The True Meaning of Compassion

By Melissa Moore on September 24, 2021
What is compassion? Strangely, a word so commonly bantered about today needs defining, but as a society, we’re seriously confused about the definition and usage of the word compassion. At […]
Read more

What is a Wisdom Mandala?

By Melissa Moore on July 12, 2021
Mandala means anything with a center, a periphery, and a fringe. The word can include any society, group, or association and represents any kind of practice-oriented gatherings. Wisdom mandalas are […]
Read more

Creativity as a Resource for Change

By Melissa Moore on June 1, 2021
Creativity is part of our humanity. It strengthens our resilience, brings joy, gives meaning, and helps us find new ideas and connections. Yet even the thought of creativity can be […]
Read more